How Spectradyne makes every particle count


Spectradyne's nCS1TM uses microfluidic technology combined with nanotechnology to detect and measure every particle in your formulation. We have developed a unique implementation of microfluidic resistive pulse sensing (MRPS), which uses electrical sensing to measure the diameter of each particle as it passes through a nanoconstriction, providing real-time sizing and concentration information.

Read about our microfluidic instrumentation. 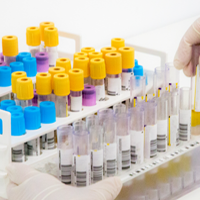 Worried about protein aggregation in your pre- or post-formulation drug? Spectradyne's nCS1TM delivers dramatic savings in time and materials by accurately quantifying aggregation earlier in the particle formation process than other technologies can. Get results in minutes, using only 3 microliters of your sample.

Learn how the nCS1 can save you time detecting protein aggregation. 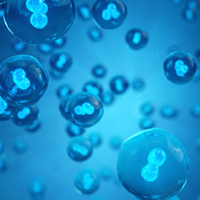 Accurate measurements of EV concentration and size are critical for assessing purity and bioactivity. As EV science matures, quantification technologies are evolving to meet the increasingly high standards of rigor. Spectradyne's nCS1TM is fast and practical for routine use-and delivers EV quantification you can count on.

See why more EV scientists are choosing Spectradyne's nCS1 over light-based techniques such as NTA. 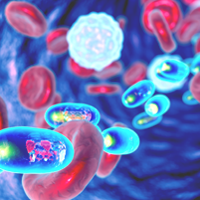 Gene therapy vectors and nanomedicines come in many types and sizes, and their accurate quantification is critical at all stages of research and product development. Spectradyne's nCS1TM quantifies all types of nanoparticle-based therapeutics quickly and accurately. Assess concentration, size, purity, and stability using only 3 microliters of your precious sample.

Learn how Spectradyne's nCS1 can help advance your gene therapy or nanomedicine science. 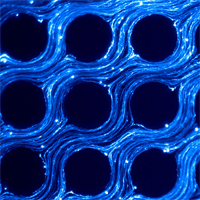 Many modern materials rely on nanoparticle ingredients to perform as intended, including paints, inks, cosmetics, semiconductor polishing slurries, and even foods. Spectradyne's nCS1 is faster and more quantitative than conventional particle characterization methods, and delivers important new insights into the composition and stability of these ubiquitous materials.

Learn how the nCS1 can help you better understand your industrial nanoparticles.

"The nCS1 works very well in optimizing time of virus harvest by monitoring virus titers in minutes during propagation. It is also a great tool to check purity of viral preps prior to downstream applications such as gene therapy." - Farhad Imani, Ph.D., President, ViraSource Labs

"The nCS1 is fast, accurate, and easy to use for routine particle quantification." - Hok Hei Tam, Flagship Labs 62 Inc

"The nCS1 has rapidly become an indispensable tool for accurately quantifying EVs in my lab." - Zoltan Varga, Hungarian Academy of Sciences

"The nCS1 is fast, accurate, and easy to use for routine EV quantification. We looked at other nanoparticle measurement solutions and the nCS1 is the only instrument that could measure the size of every nanoparticle of interest in as little as 3 uL of volume. Moreover, their customer service is superb and have went out of their way to ensure our nCS1 is always functioning well."- Joseph Sedlak, Co-Founder at Mercy BioAnalytics

Watch a video of the nCS1TM in action!

For more information and for how to set up a measurement, send an email to sales@spectradynellc.com or contact us here.

Spectradyne uses its instruments to take interesting and thought-provoking data on nanoparticles in "every day" circumstances. A recent example is our measurements comparing Japanese saké and Korean soju, which provides an interesting "nanoview" on these popular beverages.

April 2020 Spectradyne presents a webinar entitled "Control your experiments - why particle concentrations matter" on April 1 2020. Register for a chance to view our collection of webinars here

December 2019 Spectradyne together with Zoltan Varga's group at the Hungarian Academy of Sciences publishes a paper on using the nCS1TM for extracellular vesicle analysis, which you can read here

October 2019 Spectradyne shows its nCS1TM at McGill University at the Extracellular Vesicles Workshop at in Montreal Canada, October 29, 2019

October 2019 Spectradyne shows its technology off at ASEMV's 2019 annual meeting on Exosomes, Vesicles and Infectious Diseases at Asilomar in Pacific Grove CA, October 6-10 2019

September 2019 Spectradyne demonstrates its instrumentation at the Nano DDS 2019 conference at MIT in Cambridge MA, September 22-24, 2019

May 2019 Spectradyne exhibits at the 2019 ASEMV Exosomes, Microvesicles, and Infectious Disease conference at the Bolger Center in Potomac MD, May 31-June 1, 2019

March 2019 Spectradyne and Spectradyne's European distributor Anasysta will attend the Annual Meeting of the German Society for Extracellular Vesicles, 7 & 8 March 2019 in Frankfurt, Germany. Anasyste will also hold a workshop on March 9 about the nCS1TM.

October 2018 Spectradyne is awarded an NSF Phase IIB award, an add-on award to our existing NSF Phase II award. The funds will support targeted R&D efforts to improve robustness and ease of use, and facilitate broader adoption of the nCS1TM in exosome applications. Read the press release.

August 2018 Spectradyne, in collaboration with the University of Amsterdam and other collaborators, publishes an article in the Journal of Thrombosis and Haemostatis, Hollow organosilica beads as reference particles for optical detection of extracellular vesicles, by Z. Varga et al.

August 2018 Spectradyne publishes a review article, Key considerations for accurate quantification of sub-micron particles in pharmaceuticals, by Jean-Luc Fraikin, in On Drug Delivery.

July 2018 Spectradyne co-sponsors the Colorado Proteins Conference, and exhibits and presents a poster in Breckenridge CO from July 20-August 2, 2018. Check out the poster!

June 2018 Spectradyne announces that it has sold an nCS1 to the US Food and Drug Administration.

May 2018 Spectradyne, as a Bronze sponsor, exhibits its products and presents two posters at ISEV-2018, the International Society for Extracellular Vesicles, in Barcelona, Spain, May 2-6 2018.

April 2018 Our UK distributor, Meritics, presents a poster describing the nCS1TM at the Oxford Global Proteins and Antibodies conference in London UK, April 16-17 2018.

September 2017 Spectradyne is pleased to announce that it has been awarded a Technology Enhancement for Commercial Partnerships (TECP) grant from the National Science Foundation. Read our press release.

July 2017 Spectradyne presents a description of its unique nanoparticle detection technology at the 2017 Nanomedicine Symposium in Cambridge MA. Watch a video of the presentation.

May 2017 Jean-Luc Fraikin, co-founder and CTO of Spectradyne, presents at the annual meeting of the International Society for Extracellular Vesicles (ISEV) in Toronto. Spectradyne is seeing increasing interest in our measurements of EVs, or exosomes, due to the ability of our nCS1 instrument to make rapid, high-resolution size and concentration measurements of biological mixtures.

May 2017 Spectradyne exhibits at the AAPS National Biotech Conference in San Diego. Our protein aggregation, virus, and nanomedicine measurement results are a hit!

April 2017 Spectradyne's technology readily quantifies the concentration and size of nanoparticle contamination in "clean" fluids such as IV saline, saline in pre-filled syringes, and more: cleanliness of fluids.

March 2017 Nanoparticles are everywhere. As some small proof, Spectradyne measured the nanoparticle content of three Korean and three Japanese liquors. For the results of this soju vs. sake comparison, see this link.

January 2017 Spectradyne expands its concentration measurement capability below 1e6 particles/ml. Protein aggregates are detected at levels of only a few hundred thousand per milliliter!

September 2016 Spectradyne exhibits at NanoDDS 2016 at Johns Hopkins University. Accurate sizing of synthetic nanoparticles in complex media are a strength of Spectradyne's technology.

August 2016 Spectradyne exhibits at the AAPS Protein Aggregation and Immunogenicity Workshop in Breckenridge, CO. Our nCS1 instrument excels at detecting protein aggregates at high resolution, both in size and concentration: see our Applications page for more info.

Mar. 30, 2016 Spectradyne's article "One Size Does Not Fit All: Nanoparticle Size Analysis for Nanomedicine Applications" is published in Drug Development & Delivery. Read the article.

Jan. 29, 2016 Spectradyne installs its nCS1 instrument at a major US medical center. The nCS1 will be used to study nanoparticles in serum, in connection with Spectradyne's Phase II NSF SBIR grant.

Jan. 21, 2016 Spectradyne installs its nCS1 instrument at a leading global developer of pharmaceuticals and vaccines.

August 16-18, 2015 Spectradyne exhibits in Boston at the annual meeting of the American Chemical Society.

June 8-9, 2015 Spectradyne exhibits at the AAPS NBC in San Francisco.

May 2015 Spectradyne exhibits at the AAPS National Biotech Conference in San Francisco.

February 2015 Jason Stubbs, M.D. of the University of Kansas joins Spectradyne's Advisory Board.

September 2014 Spectradyne is awarded a Phase I SBIR grant from the NIH.

May 2014 Spectradyne is awarded a Phase I SBIR grant from the National Science Foundation.

Spectradyne now publishes its newsletter on-line, starting with Issue #3. You can find Spectradyne's newsletters linked below.


Spectradyne now sells in Canada, the U.K, Europe,
and Japan through our distributors: